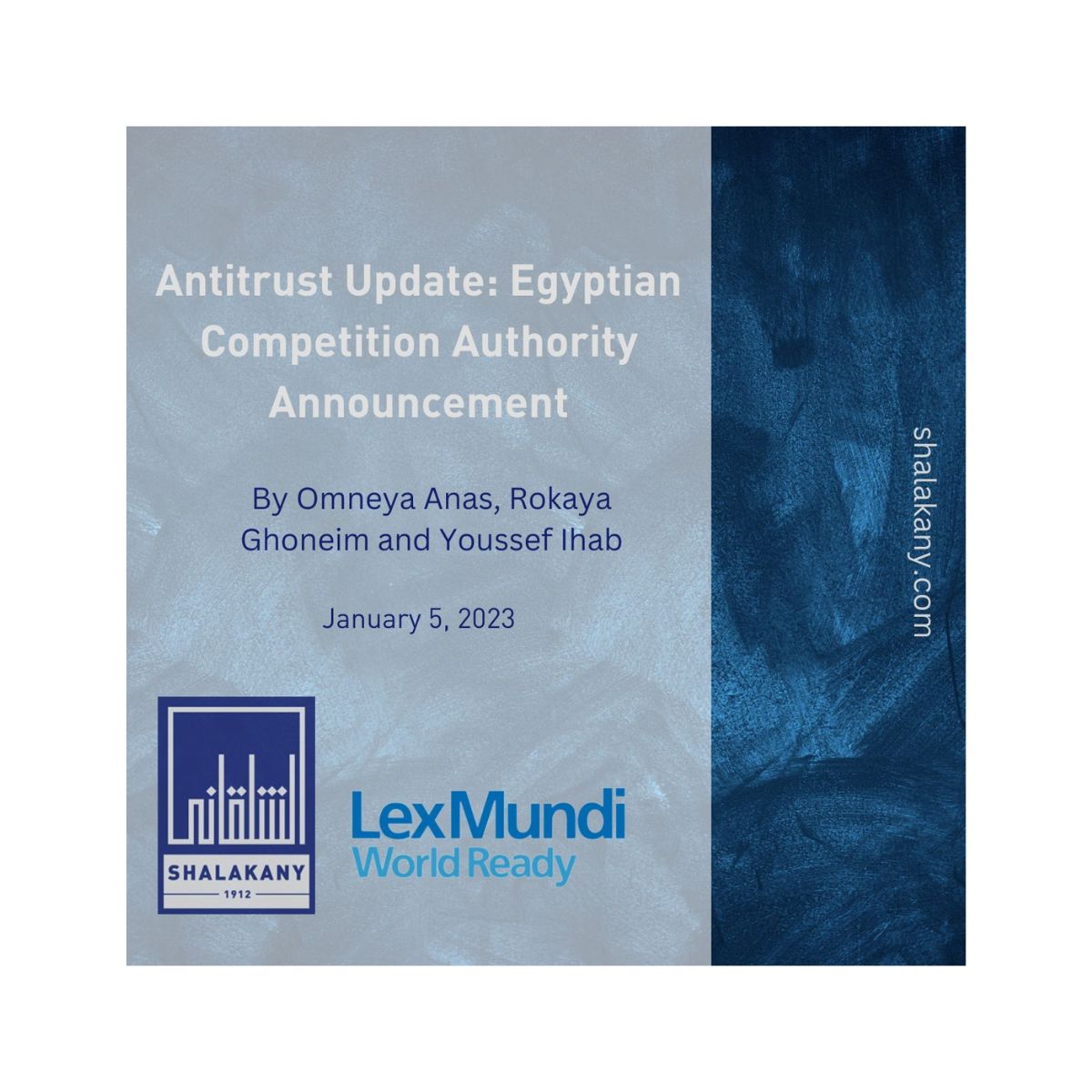 In the Statement, the ECA has indicated that the implementation of the New Regime is dependent on the issuance of the executive regulations (the “Regulations”), as the same will establish several important factors necessary for its implementation. This includes: (i) determining the manner in which the relevant turnover thresholds are to be calculated; (ii) the categories for determining the fees required for the notification; and (iii) the parties relevant to the New Regime.

In light of the above, the ECA’s board of directors has decided that the implementation of the New Regime will commence as soon as the Regulations are published.

The ECA has further clarified that the post-merger notification regime will only apply to transactions which have closed prior to 30 December 2022.

As a final note, the ECA has clarified that the guidelines which will be published will include the possibility for the relevant entities and their legal representatives to discuss their transactions and the notification required with the competent ECA officers prior to submitting the notification. The much-anticipated pre-merger clearance regime (the “New Regime”) has finally been enacted by virtue of Law No. 175 of 2022 amending the Egyptian Competition Law No. 3 of 2005 (the “Amendments”). The Amendments have been published in the Official Gazette on 29 December 2022, the last working day of the calendar year, and have become […]

As part of the growing efforts to improve the Egyptian taxation system and the efficiency of the tax collection process, amendments to the Value Added Tax (“VAT”) Law executive regulations No. 77 of 2017 (the “Executive Regulations”) have been enacted. The amendments aim to enhance the use of electronic tax invoices by retailers and service […]