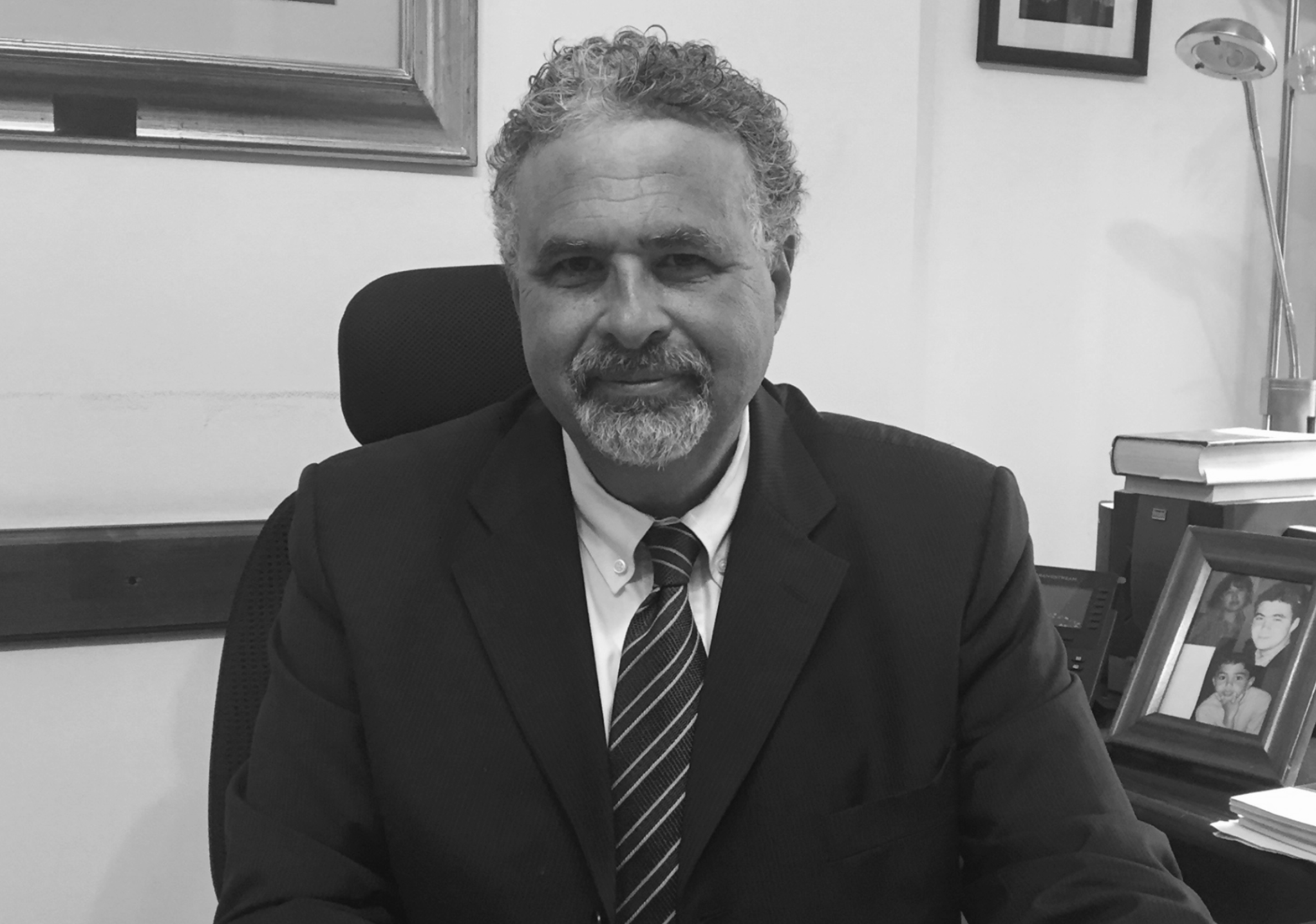 Dr. Khaled El Shalakany is an Engineer and a Lawyer.

Member of the Association of Egyptian Engineers, the Egyptian Bar Association, the Law Society of Ontario, the International Bar Association; and a Fellow of the Chartered Institute of Arbitrators, London.

The Managing Partner of Shalakany Law Office which was established in 1912 and with over 60 attorneys and fee earners between Cairo, Alexandria and El Gouna (Red Sea Governorate) is one of the leading law firms in the Middle East. He heads the Litigation and Arbitration Practice within the Firm. Khaled El Shalakany obtained in 1978 his B.Eng. in electronics and communications engineering, with distinction, from the Faculty of Engineering, at Cairo University. After graduating he joined IBM Egypt as a computer system engineer. In 1981 he was awarded theIBM Systems Engineering Professional Excellence Award. Khaled El Shalakany obtained in 1982 a professional post-graduate diploma in management from the American University in Cairo. In 1982 he traveled to Canada and enrolled as a law student at the University of Toronto. As a law student, he represented the University of Toronto Faculty of Law in the Jessup International Law Competition.  In 1984/1985 he was elected as the Faculty's Chief Justice of the Moot Court.

Khaled El Shalakany obtained his LL.B. in 1985 (as per University of Toronto – this is a post-graduate degree equivalent to the U.S. Juris Doctor) and joined the Law firm of Fasken & Calvin in Toronto as an articling lawyer.  He successfully completed the bar admissions course and exams and was called to the Ontario Bar as a Barrister and Solicitor in 1987. He then joined Shalakany Law Office in Cairo as a legal consultant specializing in intellectual property matters, labour law, computer law, construction law, corporate commercial law and international arbitration.  He was admitted as a member of the Egyptian Bar Association in 1989. He became a partner of Shalakany Law Office in 1990, and in 1993 he was registered as a patents and trademarks attorney in Egypt. In 1992, after taking a one-year sabbatical from his firm, Khaled El Shalakany obtained an LL.M in international law from Cambridge University. As part of his research work, he wrote a thesis on the legal status of Jerusalem under International Law, which was subsequently published by the Egyptian Society of International Law. In 1993 he left Shalakany and joined Unilever and headed the Unilever Arabia Group’s Legal Department as senior in-house counsel based in Dubai from 1993 to 1996 covering all aspects of companies’ law, director liability, agency agreements, trademarks protection, industrial licences etc., across all 6 GCC countries, as well as Iran and Yemen. In 1995 he rejoinde Shalakany law Office as a senior partner and set up a branch for the Firm in Dubai (which he supervised for the next 17 years). He was licensed to act as legal advisor in Dubai from 1996 – 2012 and during this period he provided legal services to clients in the UAE and the GCC in several fields including arbitration, companies law, construction law, agencies and intellectual property.

In the course of his practice in Egypt, Khaled El Shalakany has acted as a legal advisor in late 1980s and early 1990s to the Egyptian Cabinet Information and Decision Support Center on intellectual property law and computer law in particular.  In this capacity he wrote a number of research papers and articles on the protection of computer software under copyright law and assisted in the drafting of proposals for the amendment of regulations under the Egyptian Copyright Law to provide protection for computer software. He has participated as a speaker in a number of seminars and conferences on this topic.

Khaled El Shalakany, as part of his Firm Construction Practice Group, and with the official support of FIDIC, also participated in the preparation of the Arabic text of the FIDIC Red Book (4th edition) and acted as counsel, expert and arbitrator in many arbitrations and court cases relating to construction disputes. He is considered as one of the leading experts on construction law in the Arab Middle East. These cases included the case concerning the construction of the Ahmed Hamdi Tunnel under the Suez Canal which involved the decennial liability of contractors. As an expert on construction law, he has also participated in several seminars and lectures on the FIDIC Red Book. As a senior partner in his Firm, he oversees its Litigation practice which handles on average in any one year 8 arbitrations and 800 on-going court cases.


In 1992 and until 1997 (five years) Khaled El Shalakany enrolled at London University (SOAS) as a part-time post graduate research student. Based on his research he obtained in 1999 a Ph.D. from Barrington University (now the University of Atlanta a postsecondary distance educational institution accredited up to March 2013 by the DETC, USA), the subject of his thesis being a comparative analysis of the copyright laws of Egypt, UAE, and Saudi Arabia with emphasis on protection of computer software. Part of the research work that culminated in his thesis has been published in articles in the Middle East Commercial Law Review (Sweet & Maxwell-UK) and other journals. Based on his research, he assisted the Egyptian Government in the 1990s in drafting regulations for the protection of computer software, and was invited by the US Government to attend the Copyright Institute at the Library of Congress, Washington D.C.  Khaled El Shalakany accepts the controversial status of Barrington’s degree accreditation, and so he is equally happy to be called Maître, Mr., and/or Eng.

Khaled El Shalakany is registered as an arbitrator with the Cairo Regional Center for International Commercial Arbitration and the Egyptian Ministry of Justice, and since 1997 has been a Fellow of the Chartered Institute of Arbitrators in London. He has acted as arbitrator, advocate and expert in over 110 international commercial arbitrations (including ICC, ICSID, LCIA, DIAC, CRCICA and Bahrain GCC arbitrations). He is recognized as a top ranked practitioner in arbitration by both the Legal 500 (Hall of Fame) and the Chambers guides, and as a top ranked lawyer by the IFLR. His common law and civil law experience and credentials have allowed him to bridge some of the differences between the legal concepts of the civil law systems and those of the common law. His Engineering background has also allowed him to deal with complex technical and engineering issues. Given that the Egyptian Civil Code of 1949 was the model for most of the Arab Middle East civil codes, the jurisprudence and doctrinal commentaries of Egyptian courts and scholars remain highly authoritative in the various Arab Middle East jurisdictions. For this reason, Khaled El Shalakany, as a leading practitioner under Egyptian law, has been recognized and appointed as an expert in cases that applied Jordanian, Omani, UAE and Kuwaiti laws, with particular emphasis on contract and construction law.

Khaled El Shalakany regularly represents corporate and institutional clients in white-collar criminal cases. One of the high-profile cases he worked on was the defence of the employees of the International Republican Institute who were working in Egypt, and he obtained their acquittal of all charges in a criminal case that lasted several years. In recognition, he was invited in 2019 by the IRI to attend the IRI’s annual Freedom Dinner in Washington D.C. His criminal law practice includes successfully defending managers and senior employees of major US, European, and international companies operating in Egypt in tens of cases against charges of commercial fraud arising from alleged breaches of applicable manufacturing and labeling regulations, and other white-collar criminal offences, including bribery, breach of trust and fraudulent transactions.

Khaled El Shalakany has been a speaker in a number of international conferences and has organized and led several workshops on Law Firm Management conducted in conjunction with the law societies in Bahrain, the UAE and Kuwait.  He has lectured at the American University in Cairo, the French University in Egypt and Cairo University. Khaled El Shalakany has a number of published works which apart from scholarly articles, include the translation into Arabic of Eric Fromm's 'The Heart of Man', the Chapter on Egypt in 'Legal Aspects of Doing Business in the Middle East' (Kluwer-Boston), the PLC (Practical Law) Dispute Resolution Multi-Jurisdictional Guide, the PLC (Practical Law) Arbitration Multi-Jurisdictional Guide and the IBA Arbitration Country Guide (Egypt Chapter). He has also published in English two collections of short stories and photographs (‘20x20’Trafford Canada 1999 and ‘Cleopatra’s Bath’Trafford 2016) and a booklet in Arabic on political science. In 2017 a collection of his short stories was published in Egypt (“The Aragooz” Dar El Thaqafa El Gadida, Cairo) with a translation into Egyptian. He is currently publishing in serialized form on his web site (and soon in paperback) a novel in the vernacular Egyptian "Ani and the Sea of Time".

Khaled El Shalakany is an amateur Egyptologist. In 2019 he obtained through distance learning an undergraduate Certificate in Egyptology and in 2021 a Master of Arts in Egyptology from the University of Manchester. He has published several articles in Egyptology on Academia, and his MA Dissertation is published on Amazon as a book entitled “The Mother Goddess and the King: The Origins of the Symbols of the Divine Feminine, the Powerful Male, and Rulership Ideology in Ancient Egypt.”

Khaled El Shalakany has created and continues to manage and edit  www.thaqafni.net a site in the Egyptian vernacular language dedicated to raising the cultural awareness of young people in Egypt and other countries in the Middle East.  His other interests include astronomy, history, Egyptology, philosophy, sailing (he is a member of the RYA) and photography.